post-title Giglio Isalnd: nature, sports and beaches
In front of the Monte Argentario is situated the Giglio Island; the second largest island of the Tuscan Archipelago. The island is inhabited only 10% and is famous for its unspoiled nature; the crystal clear sea with the seabed full of fish and the beautiful beaches. It is ideal for sea lovers seeking relaxation but also for diving lovers thanks to the variety of fish that are also near the shore.
It is loved by trekking enthusiasts who can walk along pedestrian paths inside the island and on the paths immersed in the green that lead to panoramic points.
The town is divided into three areas:
Giglio Castello, the medieval village, there is the Aldobrandesque fortress, built in the Middle Ages and passed into the hands of the Aldobrandeschi family and later the Medici family. This hamlet is located in the highest and innermost part of the island.
Giglio Porto; the most known part, inasmuch the only port of the island. It is the most picturesque area, with fishing boats, multicolored houses, craft shops, bars and restaurants.
The most modern part is Giglio Campese, a tourist settlement near the red beach.
In addition to enjoying the beautiful sea and the beautiful walks that will take you inside the island, during the summer there are many parties that animate the villages.
The most important are the festivals dedicated to the various protectors: on August 10th for San Lorenzo, patron of Giglio Porto, there is a maritime palio with shows, music and fireworks. On August 16th, the patron saint of Giglio Campese, San Rocco, is celebrated with parties on the beach and in the square.
Finally on September 15th and the following four days in Giglio Castello the patron saint San Mamiliano is celebrated with music, fireworks, the typical palio of the donkeys and the quadrille. 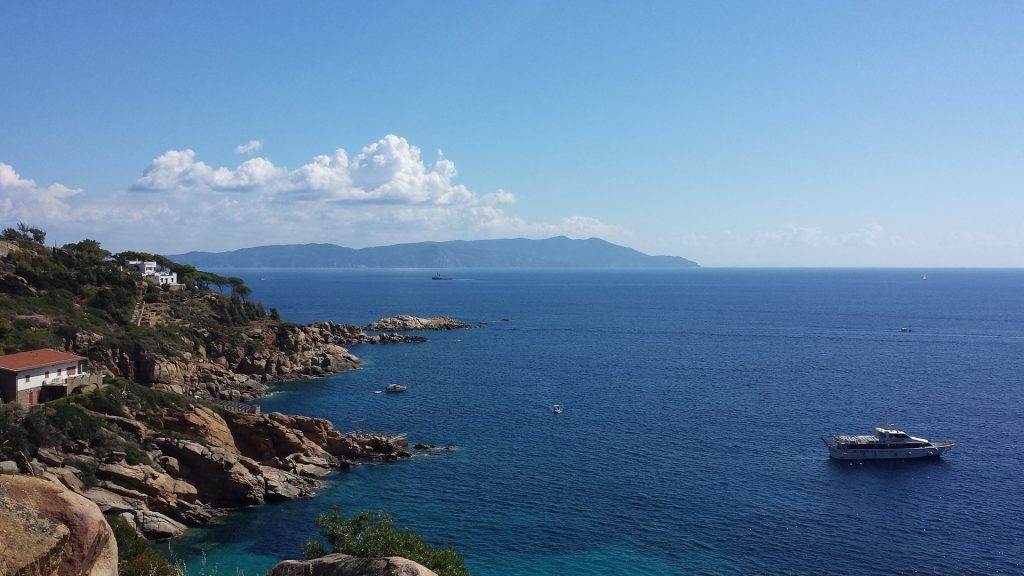